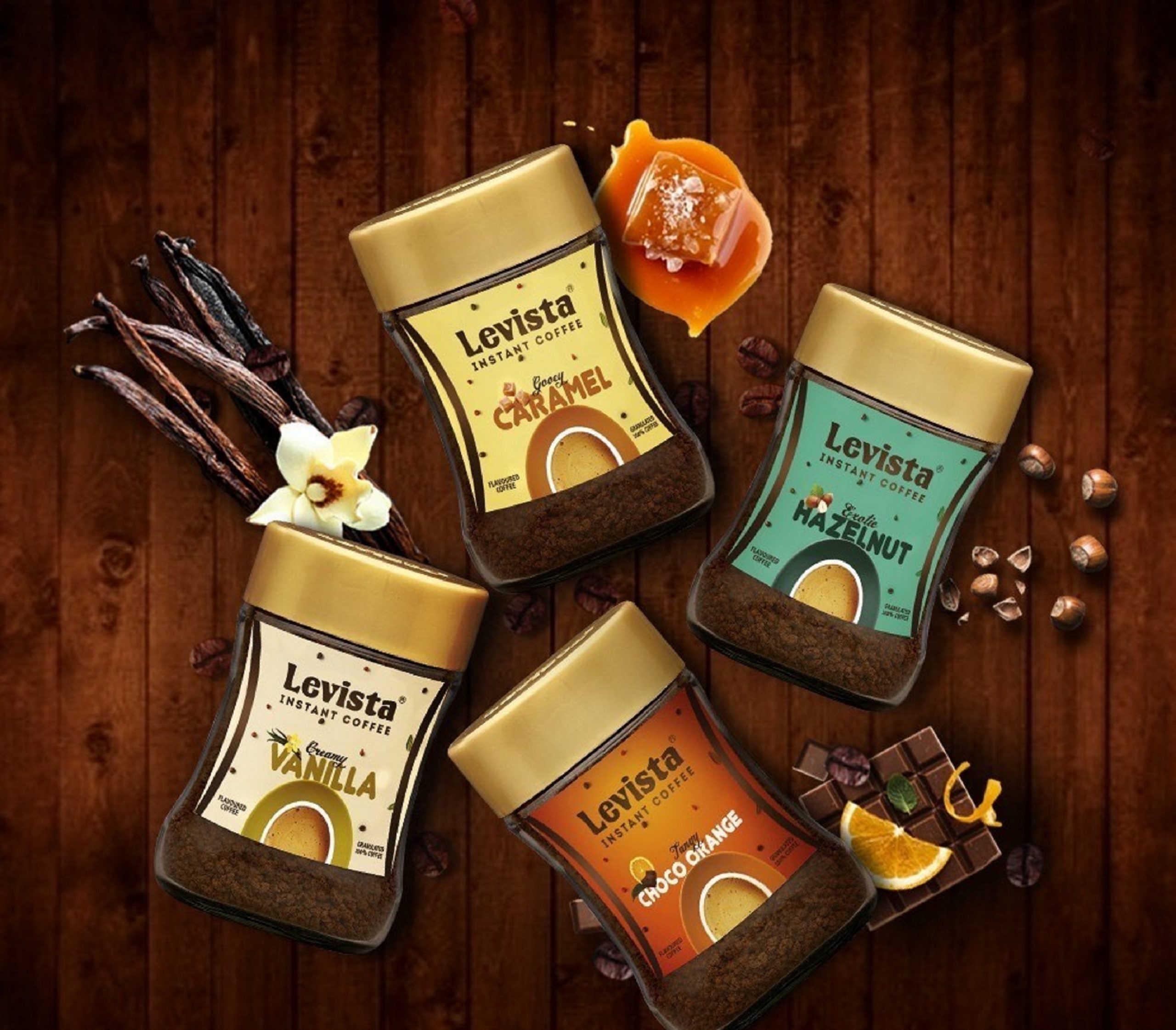 Bangalore based Levista Coffee which turned four this month since its launch, unveiled its four variants of ‘Flavored Coffee’. The four variants include Vanilla, Caramel, Hazelnut and Choco-Orange.  It has further also launched a new variant of Instant Coffee aptly named ‘Supreme’ which has 70% Coffee content and 30% Chicory. The Flavored coffee would be available across Tamil Nadu and Karnataka through select retail stores & nationally through e-commerce platforms.

Mr. S. Shriram, Vice President, Levista Coffee said, “We are very excited and delighted to launch our Flavored Coffee finally today after a lot of R&D. We have four flavors for different taste buds and moods – Vanilla, Caramel, Hazelnut and Choco-Orange.” The company believes that the flavoured coffee will appeal to the Gen-Z and the Millennials as well as satiate the desires of the younger lot as well as those who are young at heart with exotic preparations and menu options, most of which are home-made and self-styled by discerning coffee lovers. Other than this, the company has also launched ‘Levista Supreme’ which has 70% Coffee along with 30% Chicory content. “We have been keeping our ears to the ground, hearing our consumer feedback constantly after which we decided to launch this variant,” said Shriram.

The company already has three variants of Instant Coffee – Classic with 100% Coffee, Premium with 80% Coffee and Strong with 60% Coffee while the Institutional packs have 57% Coffee in them. The variant with 70% coffee is among the most sold in the country and Levista, with its unique taste plans to garner a considerable market share with this. Other than this, the company also offers Filter Coffee in two variants with 80% Coffee as well as 60% Coffee for a strong and rich taste. The coffee is available in distinct packaging including Glass Jar, Pouch packaging and its signature Tin packaging, one of its kind in India.

Levista is currently present across Tamil Nadu, Karnataka and Puducherry through a Distribution Network spanning over 600+ Distributors servicing over 42,000 and more general trade stores. In modern retail, Levista is present across India at select stores through Reliance Retail, More Hypermarkets and Supermarkets, Spencer’s Retail Stores among others as well as at Metro Cash & Carry. The company aims to onboard 1,500 more distributors to reach a tally of 100,000 Point of Sales by the end of FY 2022.

SLN Coffee Pvt. Ltd. had appointed Mr S. Shriram as Vice President for its flagship brand Levista Coffee in Jan. ‘20. Shriram oversees the complete business for Levista including Sales and Marketing, Branding, Supply Chain Management and overall Business Strategy. Shriram who joined the Retail Industry in 1997 said, “I am extremely happy to have joined Levista early this year and this has been one of the fastest, toughest (due to Covid-19) and perhaps the most satisfying run during my 23 years’ in the Indian Retail Industry, especially from the learnings during my first stint at ‘RPG Foodworld’.