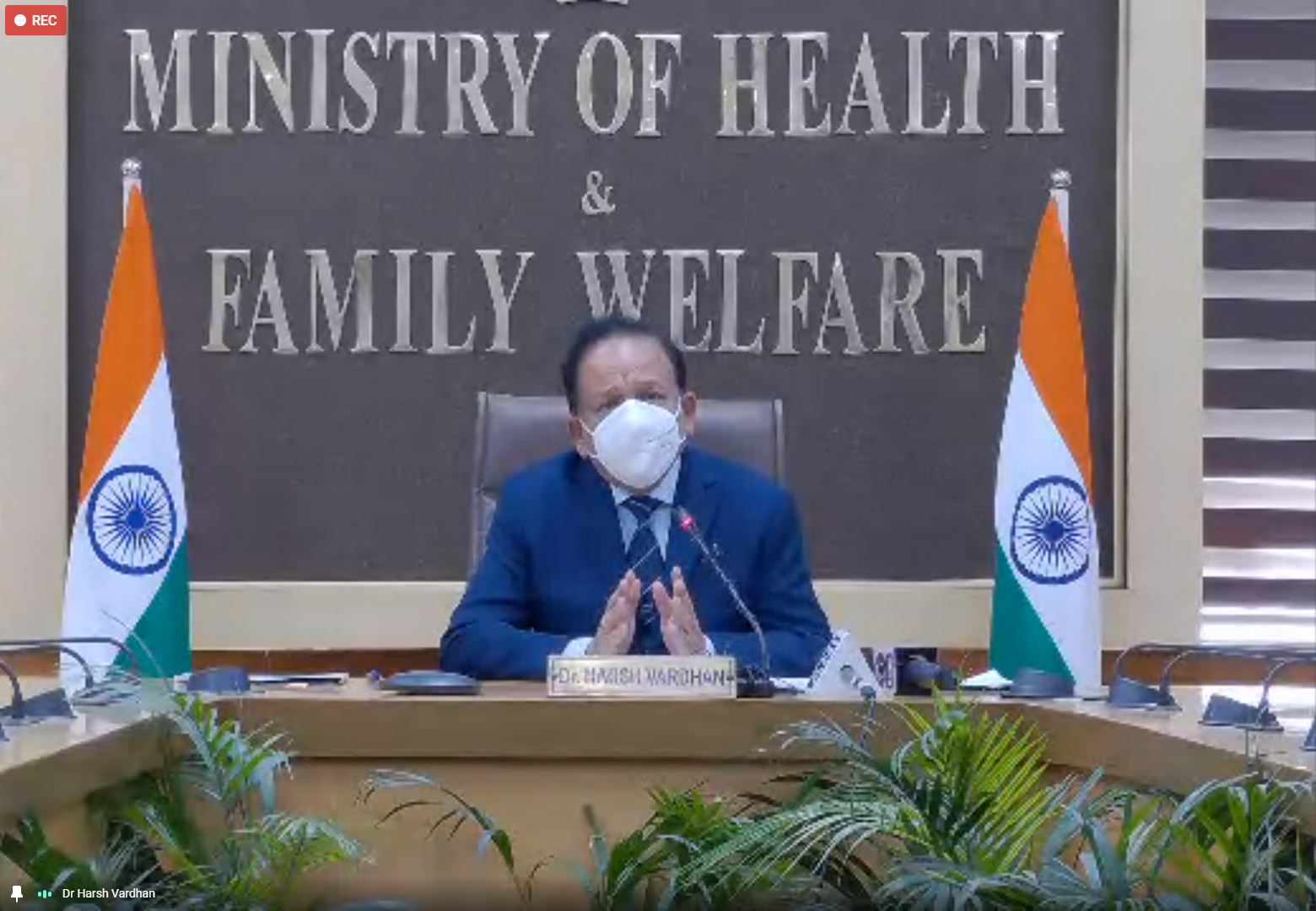 Journalists have played an important role in the prevention of the Corona epidemic. Journalists have a special place in my list of Corona Warriors, says Union Minister Dr. Harsh Vardhan.

Journalists have played an important role in the prevention of the Corona epidemic. Journalists have a special place in my list of Corona Warriors. I salute their passion, passion and courage. This view was expressed by Union Health Minister Dr. Harsh Vardhan on Friday on the last day of the orientation session of the Indian Institute of Mass Communication (IIMC).

Speaking on the subject of ‘Health Journalism in the Corona Epidemic’, Dr. Harsh Vardhan said that even during the Corona era, journalists have been continuously reporting from the ground zero to the people. During this time we have lost many of our journalists too. He said that in the last three decades I have learned a lot from journalists. Journalism is the fourth and most important pillar of democracy. Therefore, the role of a journalist becomes very important in times of crisis.

Dr. Harsh Vardhan said that I urge the Director General of Indian Institute of Mass Communication to start a course on health journalism, so that better communicators can be prepared in the field of health. Apart from this, I want IIMC to focus on making good journalists and communicators in the field of science as well.

The Health Minister said that the Government of India wants that all children should get good health and good food by the year 2022. And journalists have a significant contribution in this campaign. He said that at one time we had dreamed of making India polio free and the media had played an important role in realizing this dream. I want journalists to help turn negative atmosphere into positive environment even in times of this pandemic.

Dr. Harsh Vardhan said that if you have spent time in your homes in lockdown, followed physical distance to prevent and spread the corona virus infection, paid attention to cleanliness and always kept your face covered or wearing a mask, you have also played an important role in preventing the spread of corona virus infection.